What inspired you to make Carving Space?

I became inspired to make Carving Space because I felt that there was a huge lack of representation and coverage of queer skateboarders in the skateboarding community. I had graduated from film school and I worked in the film industry and I really wanted to film skateboarders but had no idea how to go about it since I also didn’t have a lot of skate friends in LA yet. I was getting really close to quitting my office job at a post-production house and I had been really inspired by the Unity Skateboarding meet-ups I had gone to and it kind of just clicked. I had never seen any “professional” media coverage about the queer skate community and the major coverage I was seeing on female skaters were being filmed by a lot of cis-white men working with major brands which bothered me a bit. It can feel very exploitive when a minority group is doing something really powerful and unique and the way it gets show to the world is through the lens of a cis-het white male. As a queer POC filmmaker and skateboarder who had been a part of the female and queer skate scene, I wanted Carving Space to have a grounded perspective from within.

The greatest challenge making this film was finding resources. I work as a freelance grip in the film industry and so I would spend all my free time working on the film and sometimes that meant turning down work to work. Money was also really difficult because films are expensive to make. I went into debt making this film but I was incredibly fortunate that people wanted to support this doc on Indiegogo and also that Leah Eckelberger from Nike SB discovered my Indiegogo and reached out to me about Nike sponsoring it. Another challenge was also making sure that queer skaters felt comfortable with being filmed and not exploited in anyway. I wanted skaters to feel like they could tell their truth and know that their voice wasn’t going to be used or manipulated. I also wanted to make sure queer skaters felt that they were being presented fairly and accurately and so I showed the film to queer skate friends and non-skate friends who are queer in order to hear feedback. The other biggest challenge was just making sure that the film came together and each piece flowed well. I didn’t focus on one individual which made telling a story a lot harder. Since it was my first time making a film like this there were a lot of lessons I learned and a lot of opinions and advice I asked for from friends and other filmmakers. I could not have done this film without everyone who supported the film and me and my friends who donated their time and equipment to this film (big shout out to: Genesis Henriquez, my creative partner, co-producer/co-editor, and emotional support, Jabari Canada my DP, and Darren Samuels my Camera Op). 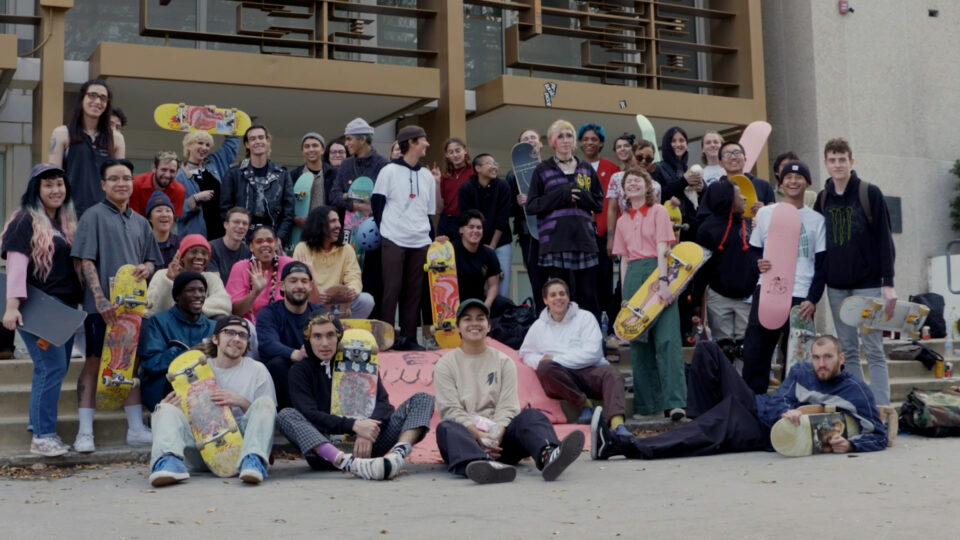