What inspired you to make Unbecoming?

When it comes to documentaries, subjects related to personal life, gender and sexuality have always been fascinating to me. I always knew that I want the subject of at least my first film to be about the LGBTQ+ community. And I personally believe that the trans and non-binary folks definitely need a louder voice, not only in the media and in society in general, but even within the LGBTQ+ community itself. With that in mind, I started looking for trans individuals who were eager to tell their stories through my project. So, I put flyers all over downtown Toronto, I posted my idea on different social media platforms, and I eventually connected with the Pride Toronto organization, which is a not-for-profit organization that supports the LGBTQ+ community of the city of Toronto and beyond. They were extremely helpful by sharing my flyer on their social media page and connecting me with potential subjects for the short documentary. I was flattered by the number of emails I received from trans and non-binary individuals, with beautiful and inspiring stories, who wanted to participate in the project. I chose around ten of those to meet in person and I remember that Logan was the fourth and the last person that I met. Although each person I met or heard from had amazing stories to share, the second I heard about Logan’s journey I knew I had no choice other than to tell this wonderful and inspiring story to the world.

I was not expecting this project to have such an important effect on me as a person and on my personal life to be honest. Alongside the film, I not only learned more about the trans and non-binary community and their struggles, I also learned a lot from Logan as an individual. I myself was dealing with a bit of depression and an anxiety disorder within the year previous to directing Unbecoming. Getting close to Logan, becoming friends with him and watching him be the positive, hopeful and strong person that he is, taught me how to deal with a lot of my own problems that I was struggling with at the moment.

Identifying as a cis-gender person myself, in the early stages of directing Unbecoming, I often had the fear of not being able to show the true essence of Logan’s journey. There was this whisper in the back of my head asking me “Are you really the perfect person to tell this story?”. Fortunately, with time and by getting myself much much more involved in the trans community and by including Logan himself in the process of finishing the project, I finally got the confidence that “I AM the right person to tell this story”, and I’m very glad that I did.

Rather than naming a films, I personally prefer to mention directors. One of the directors that I greatly appreciate has always been the one and only Agnès Varda, who unfortunately passed away recently. Her ability to touch such serious subjects, such as feminist issues, with her unique sense of humour and her talent in making a very educating but at the same time super entertaining (even funny at times) project was always mesmerizing for me.

As I mentioned, I have always believed that trans and non-binary folks are definitely in need of a stronger visibility in the media and a louder voice in our society. In the past two decades, we have seen how stronger rolls for gay and lesbian individuals in the media could help with a better acceptance of such communities in the society. People are scared of the unknown. In general, as humans, we are not comfortable with the unfamiliar and with what we haven’t seen often before. Media can play a huge roll in helping with the acceptance of minorities in the society, and the trans and non-binary folks are without a doubt one of the most in need of a stronger voice in our day and time.

I am for sure planning to continue making documentaries. Right now, there are two seperate stories that I’m very excited to tell through my next projects and they are in the stages of research and development. When will they get to the stage of shooting and editing depends on a lot of things, including a budget to be honest. I shot, edited and produced Unbecoming myself on a zero-budget but doing that again without funding may be a bit challenging. You never know though 🙂 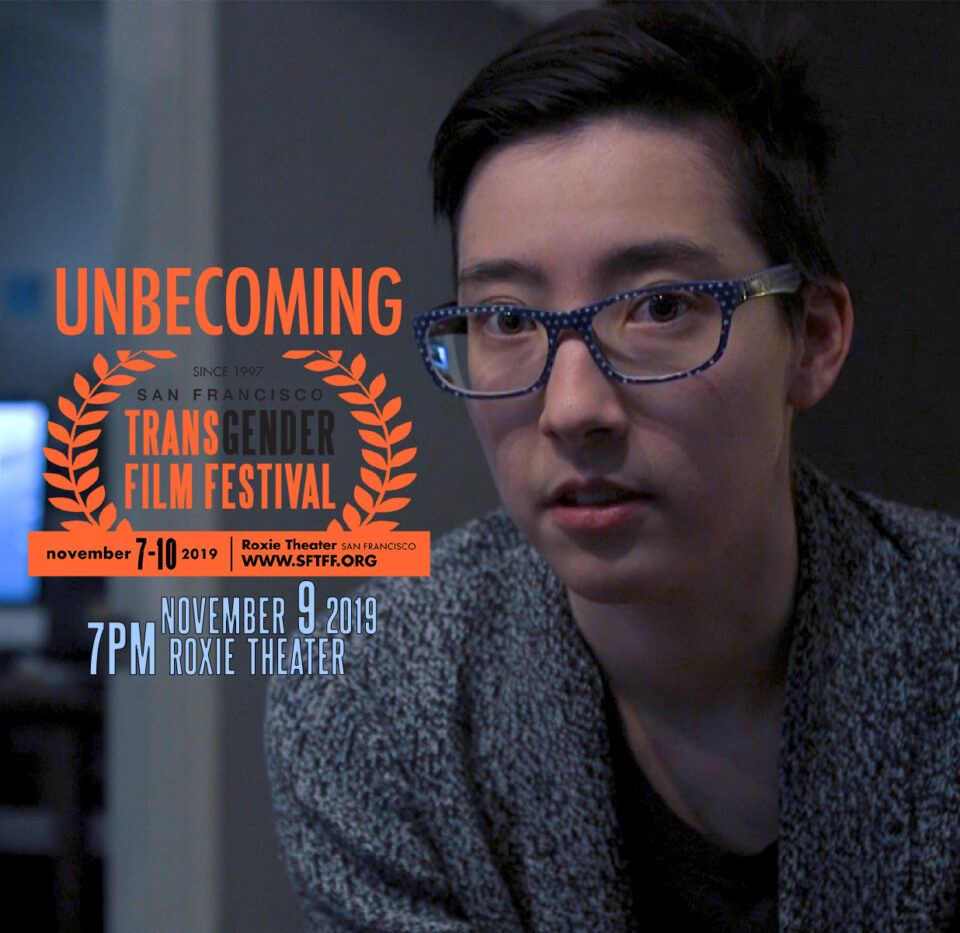