A scene from “The Last Jedi.” Plus, Star Wars has sort of taken over my life. My wyfe and co-director of Murder of Porgs, Annalise Ophelian is making a documentary film about girls and women of Star Wars fandom called “Looking For Leia.” I am doing location sound for the film, so we’ve been on the road for the past two years interviewing and shooting. It’s been non-stop Star Wars, so it makes sense that we’d end up doing a super silly spontaneous short inspired by the Star Wars saga. There’s some alliteration for your behind!

The future of trans/non-binary filmmaking is:

Trans/nb people making more films that aren’t only necessarily about being trans/nb.

Stories about trans/nb people being heroes, every day people, politicians, sorcerers, moms, dads, siblings – without their transness needing to be a central component to their story.

That it was conceptualized one day and filmed and completed the very next day. It made me question everything else I’m doing related to film. (Lol)

A Murder of Porgs 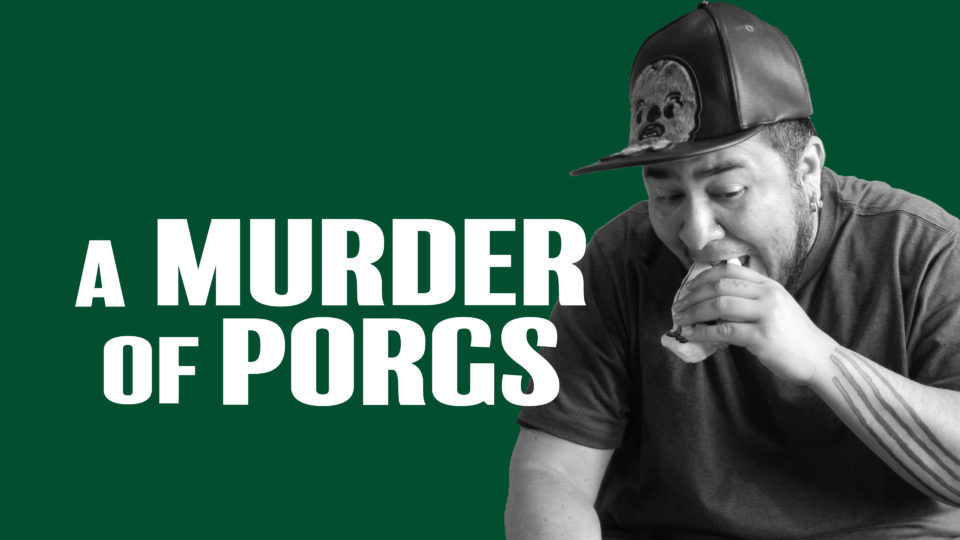