Director of “The Whistle”
PROGRAM 2 Friday, November 8, 2019 at 8pm
🤟ASL/Captioned for Deaf/HH

What inspired you to make The Whistle?

I was actually talked into it by a friend of mine. I’m still very close with my high school girlfriend, Charlene Padilla Johnson – who is interviewed in the film. Oftentimes when we get together, we talk about our history and what it was like being out in high school in the 80s, the language and codes we used, all the people we dated, all the places we hung out. Her girlfriend, Erin Northern is from the Midwest and was in high school in the 90s and is always in awe of the queer community we had in Albuquerque growing up. She said she never knew anyone like her. This is something I hear from a lot of people my age and even younger when sharing coming out stories from around that time period. Erin told me a few times that there needs to be a documentary about Albuquerque lesbian youth culture in the 80s and that I should make it. I was hesitant because I didn’t really see myself as a film director – I like to edit. I said “nah, you make it” over and over again until my wyfe, Annalise Ophelian (director of MAJOR!) told me that it was a really good idea and that she would love to shoot it. I finally agreed and decided to center it, somewhat loosely around a secret whistle that young lesbians used to find each other back then. The rest is history, or herstory… or hxstory.

The greatest joy and happy surprise while making this film was that this particular part of our culture extended beyond the 80s. The codes we used and the specific dyke culture we came out into had been going on since at least the early 70s in Albuquerque. I got to meet and interview people who knew everything I knew and much more about how and why my peers and I got to come out into such a strong and celebratory culture.

I LOVE everyone I interviewed. I couldn’t be happier with the amazing group of people who shared their stories so generously. I only wish I had had more access to older lesbians and specifically more Latinx lesbians who were out as youth in the 70s & 80s. I put out a big call early on for participants, and had a lot of people helping me reach out, but I just think that I was an unknown, especially since I looked like some random guy that wanted to make this film about them. I made it clear that I was a trans guy who was out as a lesbian back then, and that I would share my story as well. But a lot of people didn’t seem too interested in being on camera. It’s funny because after the film was pretty much complete and the official trailer came out, a lot of people came forward saying they wanted to tell their story.

One thing I had fear around was being this trans guy making this film. I had to deadname myself a lot to remind people who I was as I was reaching out to potential participants. I didn’t know how people would respond, but as it turns out, Albuquerque is still queer as f*ck. Everyone was really really cool and excited for me to be who I am. A couple of older butches I met, who are in the film, Bern and Ro, were so excited for me to be trans and told me how good I look. Ro calls me “mijo,” which just melts my heart every time.

5 Broken Cameras is my favorite documentary. It is almost entirely told by a Palestinian West Bank village resident, Emad Burnat who bought a camera to film his newborn child. He ends up using the camera to film protests against Israeli settlers and the destruction of their village. Each of his cameras ends up being broken or shot by Israeli soldiers. He ends up finding ways to get another camera to continue filming his community and the protests. This film is a beautiful example of how powerful and effective people telling their own stories can be, as opposed to outsiders coming in to tell their stories for them.

Trans/nonbinary people making more films that aren’t only necessarily about being trans/nb. All trans/nb characters being played only by trans/nb actors – at least until a vast majority of trans/nb actors are also being cast as non-trans characters.

Way more trans/nb directors, trans/nb casting directors, trans/nb cinematographers and directors of photography, trans editors… you get the picture. Stories about trans/nb people being heroes, everyday people, artists, brujxs, teachers, activists – without their transness needing to be a central component to their story.

My partner, Annalise Ophelian and I are in early production on a documentary about trans choreographer, dancer, and activist Sean Dorsey. We are so excited to follow Sean and his company around as they develop their new show. He is doing such important work in the dance world and in the arts world for trans and nonbinary people. We are so excited for his story to be told on film.

A feature documentary film about a special time and place in Southwest U.S. LGBT history, and the secret codes shared among young queers and lesbians in 1970s and 80s Albuquerque, New Mexico as a means of self-identification and finding community. 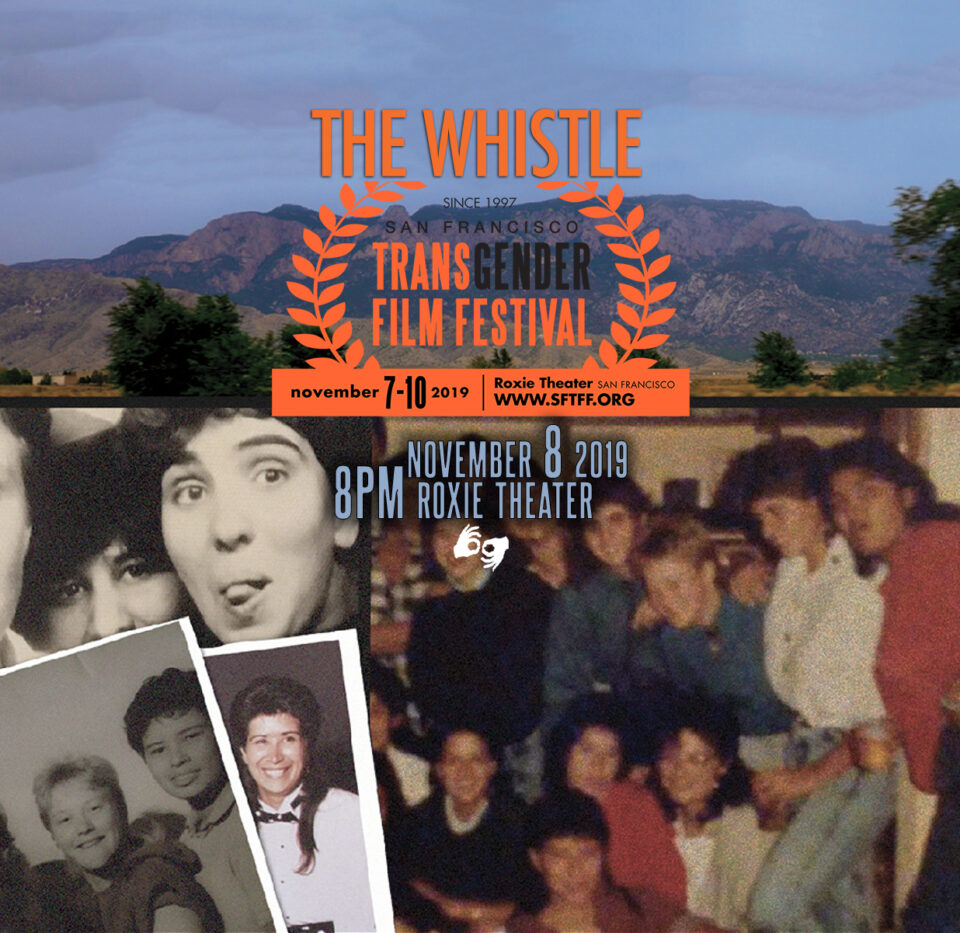