What inspired you to make Run!?

I began making “RUN!” around the time that Trump announced banning trans people from serving in the military. Mainstream LGBT activists were protesting for the right to serve in the military, while radical queer organizers, such as https://queertranswarban.wordpress.com/, were responding with sharp anti-military critiques. From a queer, anti-war perspective, “RUN!” uses a nonlinear film structure to examine how military ideology and technology shapes civilian life.

The greatest joy of making “RUN!” has been collaborating with the cast, crew, and 16mm lab technicians. So many talented people came together to make this film happen, and it’s been incredible to see how their skills and ideas have shaped the film.

As labs have had to phase out of various technologies, filming and finishing on 16mm has been stressful and technically complicated. I am very grateful to all the labs for their patience with this project.

Two of my favorite experimental 16mm films are “The Dragon is the Frame” by Mary Helena Clark and “Reckless Eyeballing” by Christopher Harris. I show them to my students at least once per semester and find myself completely immersed in the ideas and mesmerized by the structure, images, and sound design each time.

Every trans and non-binary person who wants to make films should have access to the tools and resources to do so!

“RUN!” is the first film in a series of “mythographies” of US colonialism, tourism, white supremacy, and the global climate chaos. I will be filming at Alcatraz this winter.

I will also continue to collaborate with Nathan Hill, as part of the audio/visual project “Vitreous Chamber.”

RUN! is a mythography of nuclear technology, pesticides, and the question of transgender individuals fighting in the United State’s military. Filmed at the Trinity Site where the first atomic bomb was detonated, along the edges of the Los Alamos National Laboratory, at the abandoned Black Hole Museum of Nuclear Waste. 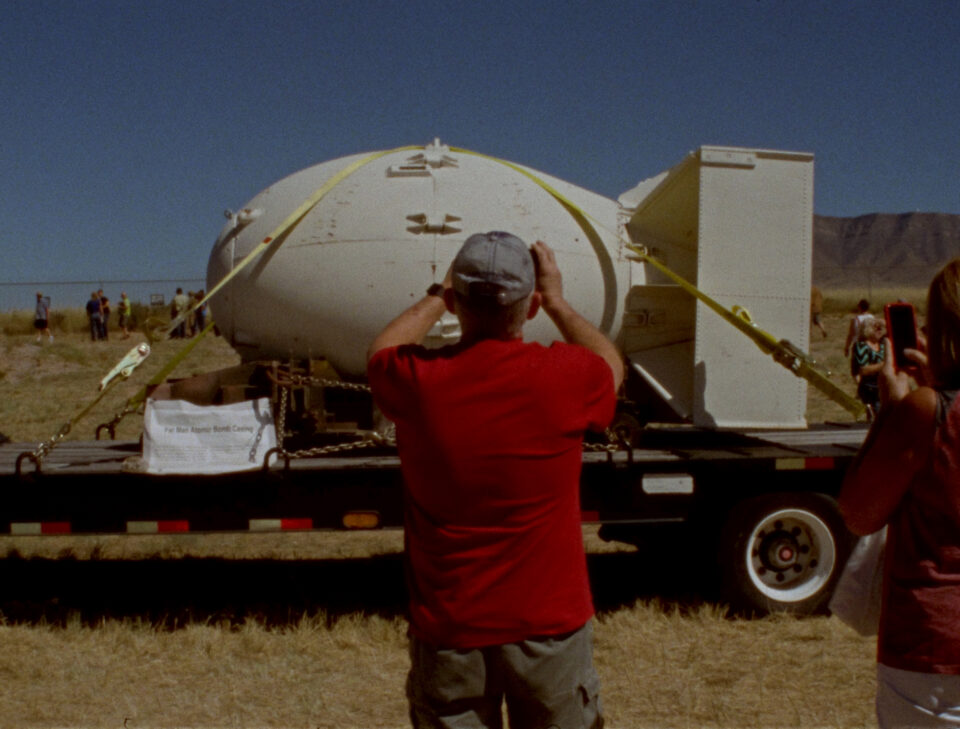