I had known Del’s story for over 5 years but it wasn’t until Del and I had been talking about it with my professor that I understood this was a story that should be shared.  It was one of those “aha” moments where you don’t realize that your everyday experience is actually something that can be powerful and worth sharing.

It’s hard to make a film by yourself!  Getting constant input from my professors and classmates at CCA was a huge benefit, and through this experience I learned how valuable it is to have feedback during the filmmaking process.

During my screening at Reeling, the LGBTQ+ film festival in Chicago, I saw a short film by Joseph Ressler about his trans brother Blake’s struggle with mental illness. It was a powerful, deeply personal film that was made with a lot of love. I’m grateful that films like his are looking at mental heath within our communities.

Seeing the home footage of Del’s grandmother, which were taken by his sister.  Those short video clips are the closest thing I’d get to meeting Jean.

Ali: Fear East the Soul by Rainer Werner Fassbinder – it’s complicated, messy and dives in to xenophobia and an intergenerational romance in the 70’s

Disney’s Aladdin (what can I say, Princess Jasmine was my “root”) 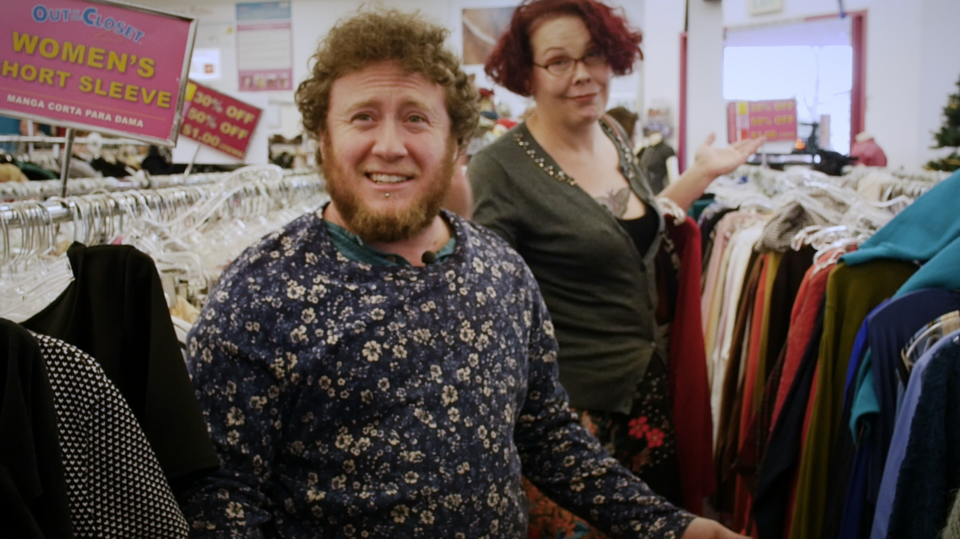