At the beginning of the process, I was very interested in the relationship between two characters of the book Candelaria del azar, which was written by the Costa Rican – Chilean writer Tatiana Lobo: a transgender prostitute and a boy who has an accident and is helped by her. I was taken by the way this trans character gets closer to the boy and a maternal bonding is created. Then I wanted to explore this dimension of motherhood, which grew apart of the immaculate vision that is usually presented to us.

Later my interest moved towards the idea of family in the transgender community. In many of the women trans that I consulted during the research there was a need to have an alternative family, one of their own. Little by little, this diverse way of experiencing family became the main inspiration of the movie.

The process of doing Abrázame como antes took seven years. Thanks to my absolute ignorance of the trans world, to begin with, and to the fact that I followed a series of questions that arose during those seven years, I learned a lot. I consider myself an intuitive filmmaker. I usually follow this questioning while I’m researching.

If I think now about the place I was before my involvement in this movie, when I used to walk close-by to these transgender girls in the streets of San José, it becomes evident that I knew very little about this world. Now I have learned, for example, that is necessary to find ways to listen and talk with this diverse world, precisely because we have a lot to learn from it.

What is the future of trans/gender nonconforming filmmaking?

I have more clarity about the past and the present of transgender nonconforming filmmaking than about its future. During the creative process of Abrázame como antes, I realized that directors such as Pedro Almodóvar, Rainer Werner Fassbinder or Héctor Babenco, that were recognized for the inclusion of prominent transgender figures in their films, worked with actors who did not belong to this community.

Then I wondered why giving a place to transgender people in front of the screen had taken so long. Maybe it was because the cinema industry only answers to social challenges in a slow way and only in the direction that we are ready to assume as a society. This situation is starting to change, particularly after the release of films such as Tangerine (2015) and A fantastic woman (2017). This change supposes a present that allows us to be enthusiastic and optimistic. I feel very happy thinking that Abrázame como antes, although a small film, shows that this change is possible.

Before Abrázame como antes I shot a short film: Paso en falso (2010). At that time, it became evident that telling a transgender story without a transgender actor was kind of a contradiction. Then, with the help of an NGO called Transvida, I got in touch with 13 transgender girls and showed them the short film.

At the end of the projection, I commented that I was not sure about the way I was representing the trans character. Then, in unison, the comment was: “It is awful!”. Then I thanked them for their honesty and invited them to get on board as script advisers and actresses for my film. Happily, they agreed. This moment represents to me the real start of this journey entitled Abrázame como antes, which was full of discoveries and learnings.

Because I always loved watching films, I imagined that making them would be a good idea. I am still passionate about films and, during almost three decades, I have followed with enthusiasm the work of very diverse directors, from Orson Welles to Agnès Varda, from Jim Jarmusch to Wong Kar-wai. In consequence my favorite films are always shifting. Nevertheless, there are some movies that have remained very close to me for a long time. Three of these films are Touch of Evil (1958), Cleo from 5 to 7 (1961) and Blue Velvet (1986). 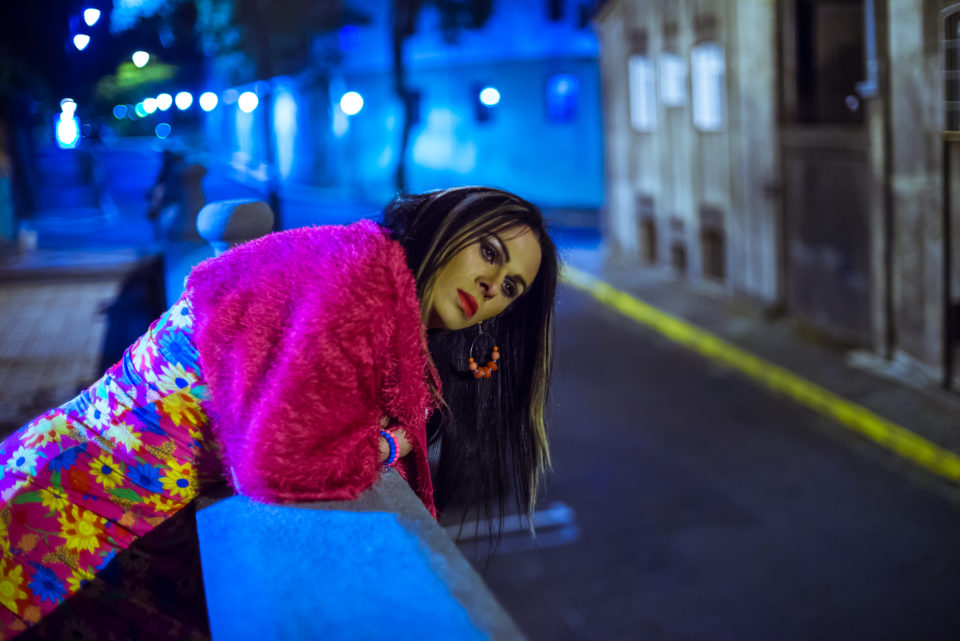