ANNIE: My love for water. I’ve been an aquaphilic all my life. My name IS Sprinkle. Plus I was upset about the draught.

ANNIE: That touring water treatment plants is fun and romantic.

BETH: I learned that I never really knew what the end of the film would be until the film was finished.

BETH: The future of trans/nongendernonconforming filmmaking is as expansive as gender itself.

ANNIE: When we were rear ended and had a bad crash our dog Butch bolted. No one thought we’d ever find him—- he might have been badly wounded or dead. The moment we found him was a miracle and so ecstatic. Of course we put the whole story in our film.

BETH: My favorite memory of working on our film was when we included our accident. This allowed us to use footage that we had that we could not use anywhere else. It also forced us to be creative beyond documenting all things water. Luckily this had a happy ending.

BETH:
In the Realm of the Senses, Nagisa Oshima
Aguirre, the Wrath of God  Werner Herzog
The Rider, Chloē Zhao 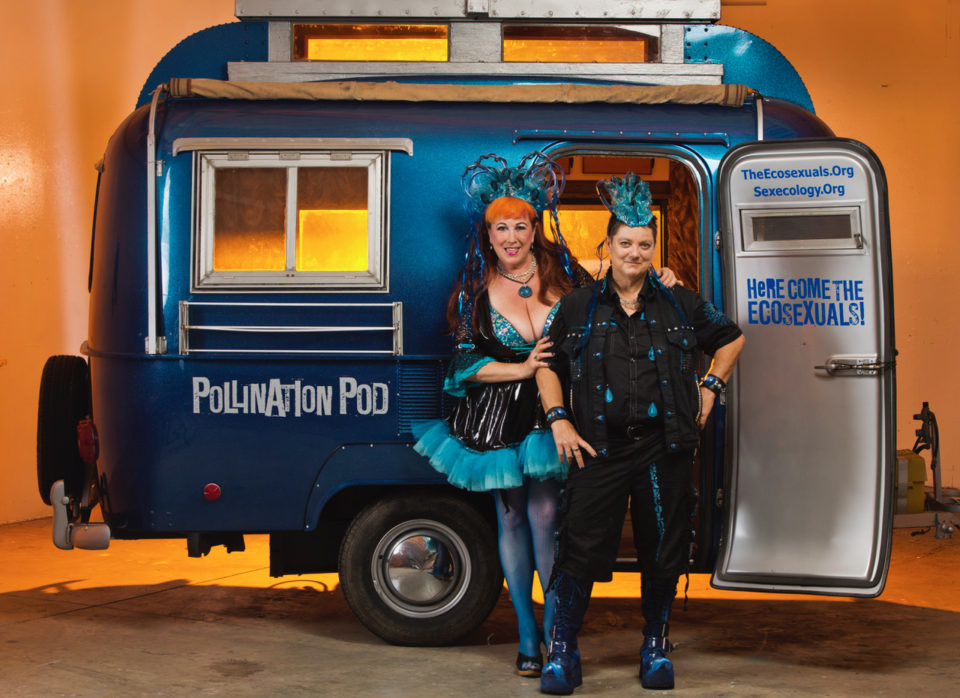