What inspired you to make Get Off My Turf?

After making 100+ trans related non-fiction (documentary and campaign) films, I wanted to collaborate on a fiction to be able to explore trans issues in a less restrictive and more creative format.  It felt important to make something domestic, about ’the girl next door’, in an attempt to normalise being trans. It was also an opportunity to give a direct response to the same old anti-trans rhetoric which we are seeing from a vocal minority in the UK at the moment.

This film was made entirely by trans people. It was such an unexpected treat working with Persia West, a trans woman, who used to be filmed for whiskey ads in Japan as ’the sophisticated man about town’ who now runs a podcast called The Masks of Gender. Persia brought so much to the table and we reworked scenes with her to make things flow better and she really got into her anti-trans character.

We had all the camera kit and editing capabilities, we just didn’t have a budget. So the lack of funds dictated how we made the film, utilising what was around us.

I would like to see more support for trans artists and film-makers in the form of mentoring and funding. There are so many stories which deserve acknowledgement.

More fiction! We are setting up a writer’s room to create a fictional series based on a true story about a bunch of trans people taking a road trip in 1975. I also want to make a whole new documentary on being non-binary as there still seems to be so much confusion. Our first feature length doc I Am They was released on youtube for International Non-Binary Awareness Day.

Get Off My Turf! 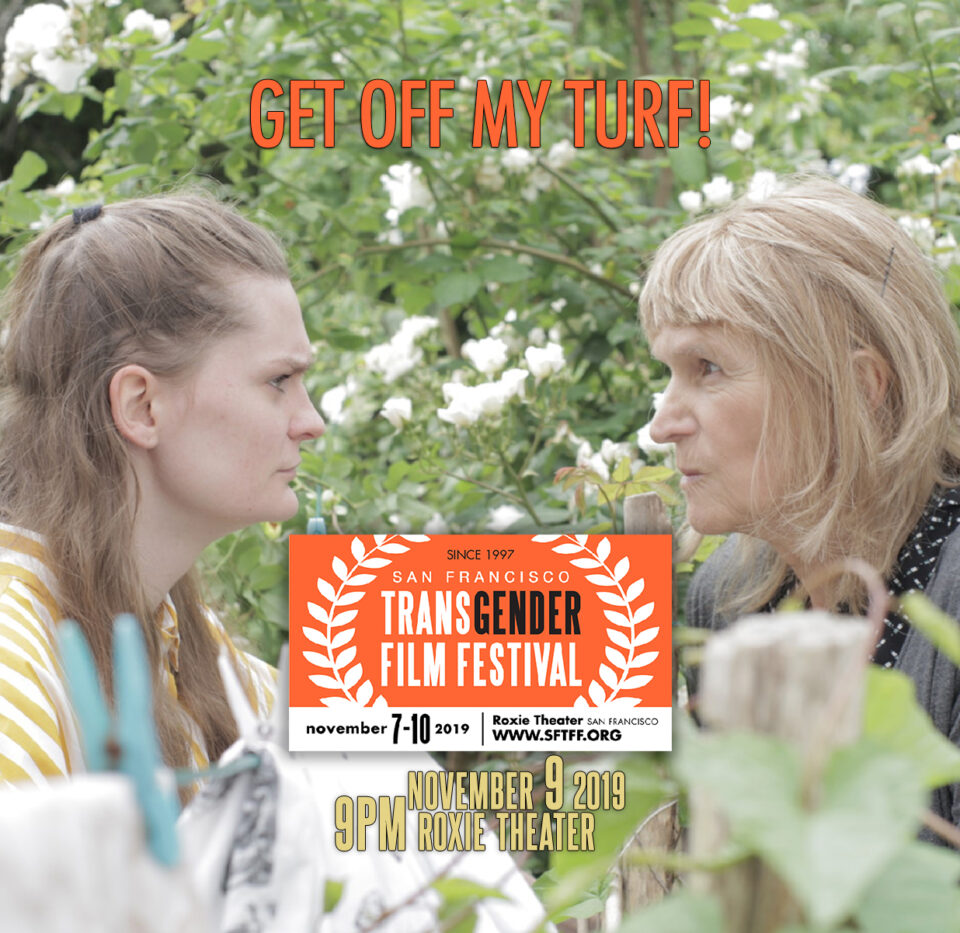